AOn the way from Goslar, Bad Harzburg via Eckertal, in the northern Harz foothills is the 1800 community of Veckenstedt.

From there, the half-timbered town of Wernigerode, 10 km away, can be called by bike along the poetic agricultural path ChaLotterlust, to reach. The mill property, built in 1884 by Oskar and Martha Klein, is located in the historic center near the church and today's museum of local history. The second owner is proud August Bollmann, next to his truck with the inscription "Art Mill Veckenstedt am Harz".

During the Second World War, two turbines temporarily took over the power supply for the entire village of Veckenstedt. This happened under the rule of the mill operator Erich Seifert.

In 1963, the mill went into the state ownership of the GDR. The mill offered many Veckenstedtern training and work from start to finish. 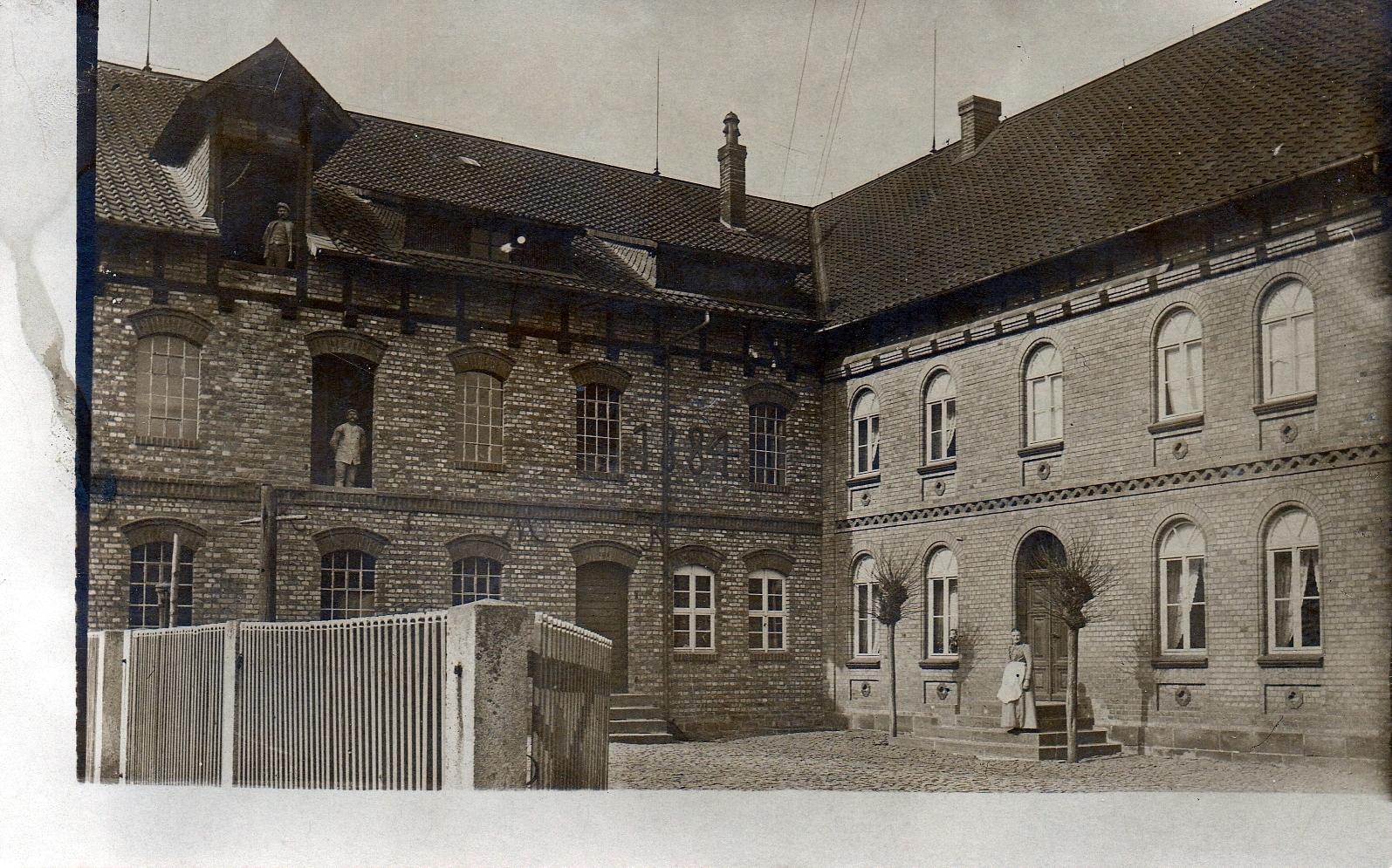 The residential building remained until the turn of private ownership of the only daughter Edith Seifert, who sold the house in 1993 for reasons of age to the artist Edda Grossman.

Decades of customary habit of the village population to shorten ways across the wild yard was quite entertaining for a newcomer "Wessi".

With the eight-year-old neighbor's boy, who drove his divinely white ducks daily with a stick to the mill-ditch, the time remained after the turn.

Aunt Gerda brought to the artists the chicken-keeping of flying dwarf Italians, who preferred to chop up freshly set tulip bulbs when laying breakfast eggs. She taught the family of artists their own slaughter, baked sweet hunter cuts or brought in the basket the excellent dumpling soup over.

Mrs. K. had fallen through the ceiling beams while tidying up and clearing out the equipment of the tractor garage, thank God she got stuck between the beams.

The huge wardrobe stuck in the stairwell, too bad to burn it, too brown to live happily ever after. This is how Edda Grossman's furniture painting was created, which painted the cabinet and other bowls of the house all around.

The loft was freed of mouse shakes, papers and mill staffing in cases of dust-allergy. A 40-year mill era turned into a studio. In 1995 the adjacent mill building was bought, lots of space, a lot of work for two painters with two children, two ponies, a billy goat and a one-year-old white llama foal, named Pedro. A piece of meadow on the romantic Thie, Veckenstedt's oldest spot, was leased especially for the young stallion.

When he started spitting on female people, giving birth to himself, he had to go back into the herd, because even the resident veterinarian no longer knew what to do to stop puberty. Lama breeders instructed us that colts should stay in the herd for three years to become tame.

A dedicated community of friends and many neighbors helped transform the halls and former "guest rooms" bit by bit into spacious, light-filled rooms open to the public. The motto "Veckenstedt, where the world meets", According to Karl Oppermann 's postmark, came true when in 2008 the premises were discovered by tango dancers. Since then, over 100 dancers from all over Germany have come to an international festival twice a year to devote themselves to the joy of tango dancing.

The word "art mill" is explained as follows:

Previously, the grain had been ground on stones. The millstones were then replaced by iron or steel grinding rolls. The Stahlwalzenmüller were Kunstmüllerin the sense that the grinding roller is an artificially produced product, in contrast to the millstones, which are of natural origin.

The historical term art mill, the beginning 19. Jh. from the phase of mechanization of the grinding process has found a multicultural significance in Veckenstedt.

The folk song "The mill rattles on the rushing creek", curious will soon find the nostalgic waterwheel and perhaps hear it rustling in an Argentine "Vals" (waltz), above all they discover the desire to learn the pleasurable dancing in tango itself. Events that combine the different arts make the Kunstmühle today a meeting place for people and art.